Smoking is the biggest preventable course of disease in the world1,2,3 and is a direct cause of many types of cancer4. Smoking risks chronic bronchitis, emphysema and asthma and heart problems, and its damage to your breathing makes smokers less likely to exercise5. It increases aging by damaging DNA; each year you smoke a pack per day, you age the equivalent of 2 years6. Half of all long-term smokers will die from a related disease7. Giving up smoking reduces your risk of Coronary Heart Disease by half within a year of stopping8. It reduces average life spans by 12 to 15 years9, killing more than 5m people a year9 (in 2008 - it's more now). Since anecdotal evidence began in the 17th century10, the dangerous health risks of smoking are attested to by more evidence than for any other cause of disease.

Smoking does not just effect those who chose to smoke. Being subject to smokers' fumes ('passive smoking') also causes harmful side-effects11 including cancer, heart disease, asthma and lung damage8,12. This has been particularly problematic for children and those who work in restaurants and public houses13. Mothers who smoke risk their own babies5,14,15 and cause them lower IQ16,17, ADHD17 and behavioural problems16.

Smoking is listed amongst "the most significant" causes of ill health1 and is the biggest preventable course of disease in the world2. Smoking causes cancer4 and increases the rate of ageing, by damaging the DNA inside cells. "Smoking a pack per day for four years corresponds to 7.4 years of ageing"6. "Giving up smoking is the single most important thing you can do to improve your heart health. [...] Within one year of stopping, your risk [of Coronary Heart Disease] is reduced by about half"8.

“Smoking carries a substantial risk of developing a range of lung problems, such as chronic bronchitis, emphysema and asthma, as well as a 20-fold increase in the likelihood of developing lung cancer. It constricts blood vessels, which can cause heart problems, cardiovascular disease, and stroke. This risk is often compounded by difficulties with heavy breathing, which make smokers less likely to take exercise and more likely to be overweight.”

There is more evidence of the harmful effects of smoking than there is on almost every other health issue. Even before we formulated the processes for proper scientific studies, alarm-bells were raised. In 1604, King James the First, England, warned that smoking was dangerous for the lungs10. A London doctor in the 1700s detected a link between tobacco and cancers of the nose10, and "by the 1850s the health effects of tobacco were being debated by medical professionals in the Lancet"10.

“Tobacco smoke is highly toxic. It contains at least 60 chemicals known or suspected to cause cancer in humans, including arsenic, benzene and lead, as well as carbon monoxide, which damages the heart and blood vessels.”

“The first strong evidence of a link between lung cancer and tobacco-smoking was published in 1912, and over the next four decades the evidence mounted. When the results of Richard Doll's study of 40,000 doctors over a period of 20 years was published in the 1950s, showing a 20-fold increase in the likelihood of developing lung cancer among smokers, a causal relationship seemed incontrovertible. [...] By the early 1960s, it had become clear that tobacco is a highly addictive drug with serious health consequences for the millions of people hooked on it, and is the biggest cause of preventable death in the developed world.”

Half of all long-term smokers will die from disease related to their smoking7 - the World Health Organisation reports that every year, 5 million people die early due to the effects of tobacco consumption9,2.

“Despite decades of work by health campaigners, more than one billion people still smoke today. Smoking kills up to half of those who fail to quit puffing, reducing their lives by an average of 12 to 15 years. The World Health Organisation (WHO) says more than 5m people a year die early from the effects (direct or indirect) of tobacco. That exceeds the toll of HIV/AIDS, tuberculosis and malaria.”

Case Example: The UK: In the UK smoking is one of the leading causes of death in people under 65 years old11. In 1998 the UK's Health Education Authority estimated that smoking causes 111 000 deaths per year, amounting to 17 per cent of all deaths19. The same year, the Secretary of State for Health stated a slightly worse figure of 120 000 deaths per year20.

“It has been estimated that for every 1000 young smokers, one will be murdered, six will be killed in a road accident and 250 will die before their time because they smoke.”

Others who live with smokers, who drive in cars with them, and who otherwise share airspace with them, suffer side-effects as a result of inhaling the smoke11. A non-smoker who lives with smokers has an increased risk of coronary heart disease8. These risks are important enough to lead governments to ban smoking in public places in order to protect those who chose not to smoke, and, of particular need of protection are those who work in restaurants and public houses13.

“A review by the UK Scientific Committee on Tobacco and Health in 2004 found that exposure to second-hand smoke contributes to medical conditions such as lung cancer, heart disease, asthma attacks and reduced lung function. Two years later, the US Surgeon General reiterated these findings, emphasising that children are particularly at risk, and may suffer ear problems, acute respiratory infections, more severe asthma, slower lung growth, and an increased risk of Sudden Infant Death Syndrome ("cot death"). Although the risks are much lower than for those who smoke themselves, second-hand smoke is still responsible for 600,000 deaths a year worldwide.”

4. The Effects on Unborn Children of Their Mother Smoking

Advice to stop smoking is often given by doctors to pregnant women from the onset of pregnancy because there are biological risks to the foetus when a mother smokes5. Smoking by mothers causes a range of disadvantages for the future lives of their baby; it is linked with lower IQ and ADHD17. Avoiding smoking, and avoiding passive smoking, both help mothers protect their unborn babies and gives them the best chance at a healthy birth14. 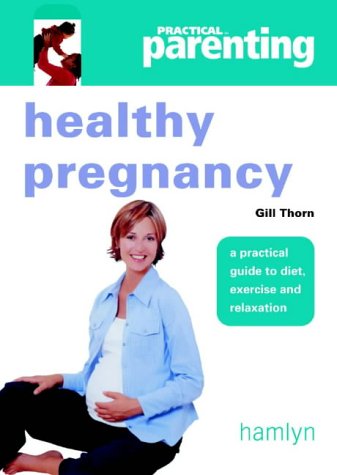 “Smoking during pregnancy is associated with more miscarriages, vaginal bleeding, premature births and low birth-weight babies. [...] Even if you have smoked for many years, if you stop before you conceive your baby has the same chance of good health as a non-smoker's baby. [...] If you quit before month 4 of pregnancy you protect your baby from the worst effects of smoking. [...] Even quitting in month 9 [may help].”

The British Medical Journal in 2005 reported16 that: