To govern well, long-term strategies need to be adopted. But in democratic and capitalist countries there are many disincentives to doing so. Some long-term goals (e.g. reducing sovereign debt) can have painful short-term consequences (e.g., higher taxes, public sector pay freezes). If those consequences are unpopular with voters, there is strong pressure for governments to simply ignore the long-term issue in order to maintain popularity1. Unfortunately, many people vote on short-term and shallow issues that are not in their own long-term interests2,3. The classical theorist Schumpeter says that "it is a melancholy reflection" that it is often the case that the wiser a decision is, the less popular it is bound to be4. In other words, the democratic system means that short-term gains can be prioritized in a way that delays (or prevents) good governance5.

Likewise, company governing boards are heavily swayed by current share prices and short-term economic goals, on which their bonuses and employment depend, even if this is bad for everyone in the long-term. Even the longest-term plans of government rarely extend beyond a single generation (30-40 years maximum); anything longer is pushed into the preserve of special-interest groups. It is essential, but very rare, that government pursues truly long-term strategies.

1. The Difficulty of Tackling Long-Term Problems 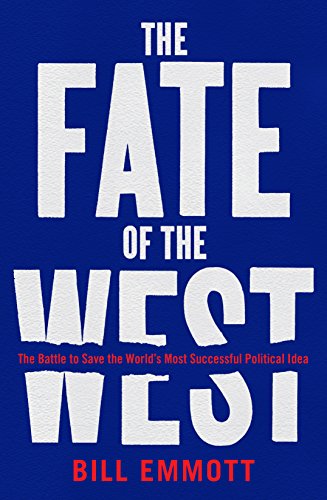 “The stupidity of democracy is its frequent preference for taking the easy life by deferring that adaptation, beyond the next election, the next economic cycle, even the next generation. One day that stupidity might, he implies, prove democracy´s downfall. [...] It is the very process of democratic competition for power that produces the rigidities and distortions that hamper adaptation.”

“It is a melancholy reflection that, in many and important cases, a policy is bound to be the more unpopular with the public and with the intellectual critic the wiser it is.”

"Capitalism, Socialism, and Democracy" by Joseph A. Schumpeter (1942)4

Some issues which grow very slowly, such as the dwindling of planetary resources, the slow increase in pollution and climate change, are all simply so slow that no individual board of governors need ever to address them. Likewise, some national problems such as gradual overpopulation, are too slow for party politics to get to grips with either. Every party, and every commercial board of directors, finds itself advantaged by not stifling growth for very long-term benefits. Hence, it is only short- and medium-term issues that are properly tackled by either free-market systems commercially or multi-party systems politically.

“... adapting to ageing [populations] feels similar to the task of adapting to climate change. It is hard to persuade people to make sacrifices or adjustments today in the cause of gains in the distant future for the sake of later generations...”

If democracy is to work, the electorate need to be well-informed, and therefore to support parties and lobbies on the basis of good evidence and sensible argumentation7. Too often, mass delusion overwhelms good sense. Such problems undermined several early attempts at democracy in Europe in the 18th century8. Founding thinkers such as Aristotle, Fortescue and Machiavelli taught that deliberation (which requires intelligence and knowledge) is a key aspect of democracy9. It is sensible to assert that if you don't understand a topic, then you shouldn't vote on it10. But the problem is, many do vote on stances based on an inadequate footing: sound-bites, one-liners, sensationalist newspaper stories, short-term thinking, and anecdotal evidence2 cause unbalanced opinions. A "race to the bottom" condition is created whereby parties come into power based on who has the most pithy reactionary statements rather than who has the best policies3.

Such are the issues referred to when commentators worry about "post-truth politics". In a world where reality-TV is orders of magnitude more popular than politician's policies most news reporting centres on interpersonal battles that ought to be kept private. News outlets report trash because it sells; and politics continues a nosedive into rash popularism. If the populace do not soon began to vote with deliberation, then, the entire democratic project runs the risk of failure2.

3. Other Challenges to Democracy