At the equator, the surface of the earth is moving at 1600 km/h (kilometers per hour) relative to the center of the Earth1,2. That's quite a speed!

But do not forget that the Earth isn't only spinning on its axis, it is also hurtling around the sun at a speed of 107 300 km/h3,1. If the Earth span us in the same direction that the Earth was also traveling, we would be doing 108 900 km/h. If it span us away from its direction of travel, then we are traveling at 105 700 km/h. In reality the earth doesn't spin us directly in its direction of travel because it is tilted. But it doesn't matter because if we want to know how fast we are moving in an average day, the spin-away and spin-towards the direction of travel of the earth cancels each other out. Taking into account the spin and orbit velocity of the Earth, we are traveling at 107 300 km/h relative to the position of the sun.

But that is not our total speed. Because the sun itself is moving. Our sun orbits the center of the Milky Way galaxy once every 225 million years. It has done so 20 times since its formation - our sun is 20 galactic years old. The speed at which we are moving, along with our sun and our whole solar system is an incredible 792 000 km/h, relative to the center of the galaxy.

For half the year, the Earth's speed is adding to our solar system's velocity and the other half of the year, it is detracting from it. So we move between 684 700 and 899 300 km/h depending on the month of year, relative to the center.

However, that is still not the whole story. The word "however" is such a little word, compared with the massive source of movement that we have not yet taken into account. The Milky Way itself is moving, and we can measure the speed by analysing the effect we have on the radiation that streams through our galaxy due our galaxy's mass. In other words, we can compare our movement to the Cosmic Background Radiation (CBR). So here comes the final answer: 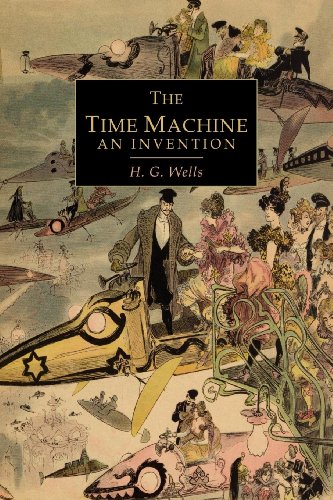 If we built a Time Machine, like the inventor in H. G. Wells' classic novel of 18954, and went forward in time by one hour, what would we see? We would see nothing but the blackness of space. The Earth will have moved 2.1 million km away from us. If we time-travelled by a fraction of a second, we would die. The Earth would have either moved to cover the position that we are in, filling our bodies with rock and instantly killing us, or, we would suddenly find ourselves extremely high up in the atmosphere with our Time Machine, falling down to the Earth's new location relative to our own. Our Time Machine better be able to fly!

And what if we try to be clever, and set our Time Machine to go forward or backward one year exactly so that the Earth is at exactly the same stage of its orbit? Well, we would again find ourselves lost in space. Because not only does the Earth's orbit fluctuate with every cycle, but, the sun itself moves at 792 thousand km/h. That means that in one year, the sun, and the Earth with it, will have moved relative to the time traveller's position by an astounding 6 942 521 520 km. The Earth, the sun and the Milky Way will every second leave its present location and move to a new one, and never return again.

In other words, Time Travel is not just a problem of overcoming the physics of time. Whether we go forward in time or backwards, we also need to build an incredibly fast space ship to get us back to Earth from the middle of space. The same problem besets science fiction devices that purport to see into the future or into the past. If they merely done that, they would only ever see the blackness of space.

To time travel or to use psychic powers to see the future or to use a device to witness the future or the past, we must do more than "look into a different time" - we must also look to different location in order to see where the Earth was at that time. To calculate precisely how many meters we need to look and in what direction, however, is a calculation that is horrendously difficult, and, no-one has confidently been able to work out how many relative movements we need to take into account. Time-travel, and any method of seeing the future (or past), must also come with a method of working out where the Earth will be at that future (or past) point in time.