It is really hard to guess as to how many places in the Universe intelligent life has developed. You need to know things like how many habitable planets there are, what the chances are of life developing and what the chances are of life surviving long enough to develop as we have (and beyond). Seven such factors were formulated into a single construct known as the Drake Equation in 1961, by astronomer Francis Drake1. The result of this is as estimate of how many times advanced civilisation has appeared in the Universe. But so many of the necessary values were unknown, that previous generations of scientists have concluded that the error margins are too high to draw any conclusion2. However, advanced new telescopes and the slowly dawning space age have allowed many more accurate measurements to be made and current calculations are that life may have arisen on one hundred billion Earthlike planets throughout the Universe if using some dire statistics on how likely life is to appear on any given planet (one in a billion).

There are 100 billion stars in our galaxy3 and an estimated 1 billion to 30 billion planets2. Scientists have measured around 100 billion galaxies in the Universe2,1 so, "knocking a few noughts off for reasons of ordinary prudence, a billion billion is a conservative estimate of the number of available planets in the universe" (2006)2,4. The Hubble Space Telescope has now made more accurate measurements than ever, revealing that 1 in 200 stars could have planets in their habitable "Goldilocks" zone, resulting in the fact that in our galaxy alone there could be about a billion Earthlike planets1. Multiply by the number of galaxies (100 billion) and the result is The largest uncertainties are in the biological side of the equation: how likely is life to evolve?. Evolutionary biologist Prof. Richard Dawkins here makes some comments on how many times life might have evolved using the older figure of there being a billion billion planets in the Universe:

“Suppose the origin of life, the spontaneous arising of something equivalent to DNA, really was a staggeringly improbable event. Suppose it was so improbable as to occur on only one in a billion planets. [...] Even with such absurdly looking odds, life will still have arisen on a billion planets - of which Earth, of course, is one.”

But there is much we do not know about life. Why are we only looking for earthlike planets?

“It is widely believed that Europa, an ice-covered moon of Jupiter, has a liquid ocean beneath the icy surface, heated by tidal forces. Because Europa tumbles as it orbits Jupiter, it is squeezed in different directions by the huge gravitational pull of Jupiter, which causes friction deep inside the moon. This generates heat, forming volcanoes and ocean vents that melt the ice and create liquid oceans. It is estimated that the oceans of Europa are quite deep, and that their volume may be many times the volume of the oceans of Earth. Since 50 percent of all stars in the heavens may have Jupiter-size planets (a hundred times more plentiful than earthlike planets), the most plentiful form of life may be on the icy moons of gas giants like Jupiter.”

2. The Fermi Paradox: Do All Advanced Civilisations Destroy Themselves?

Enrico Fermi famously asked "If there are so many stars in the galaxy, and so many alien civilizations, then why don´t they visit us?"1: a question which became known simply as the "Fermi Paradox". At the pessimistic end of the spectrum, cold-era politics lent people towards wondering if all advanced life develops destructively powerful nuclear weapons and destroys itself. 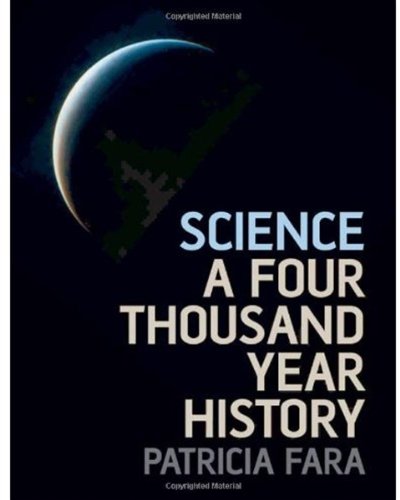 “By the end of World War II, many scientists believed that life must exist elsewhere - after all, there are 100 billion stars in our galaxy alone, so why should planet Earth be unique? For Enrico Fermi, the Italian nuclear physicist who had helped to develop America's atomic bomb, this argument contained a fatal flaw. How come, he asked, that we found no evidence of any extraterrestrial beings? [...] In the aftermath of Hiroshima, a more sinister solution emerged: could the evolution of intelligence entail a built-in tendency towards self-destruction?”

However this argument does not surface much in the modern era, as it presupposes that all life follows the same development; and this is something that we simply have no information about. There are various reasons why we may have not yet detected life: