At some point we may discover intelligent alien life. Upon finding clear evidence that intelligent life exists and that we could conceivably communicate with them on their planet, what should we do and what would we do? This page is about the politics of hope and fear... given our own history of warfare, how would we react to learning that an advanced alien race exists? Who would be the more warlike, them or us? Who would have the upper hand? Would hope, scientific interest and peace defeat fear and eventual warmongering?

We do not know if they know we are here. We know they are using advanced technology, like ours, to communicate and it is this that we have picked up. We know where they are, which solar system.

These types of questions may seem drastic but read on and you will see my reasoning. It is based on as much distrust of Humanity as it on hidden xenophobia!

A war between two planets could really stretch the meaning of the word "war". War could mean a single missile sent from here to there that is powerful enough to destroy the planet. That could be all - one missile. No threats, no warning. One side will have eradicated the other. The victims may have no warning at all, and will never know who done it or why. Any day, any moment, the same could happen to us. But what could the reasons be for doing so?

Carl Sagan raises many of these points in his writings. Below, we will hear him explain that massive technological differences between ourselves and a space-faring race that could visit us would probably mean any war would be incredibly one-sided. 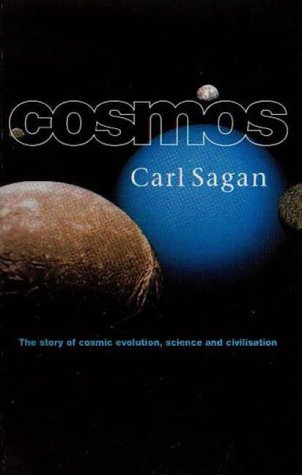 “A standard motif in science fiction and UFO literature assumes extraterrestrials roughly as capable as we. Perhaps they have a different sort of spaceship or ray gun, but in battle - and science fiction loves to portray battles between civilizations - they and we are rather evenly matched. In fact, there is almost no chance that two galactic civilizations will interact at the same level. In any confrontation, one will always utterly dominate the other. [...] If an advanced civilization were to arrive in our solar system, there would be nothing whatever we could do about it.”

We should heed warnings and lessons from our own guilty past: What happened to the Aborigines of Australia when we (Europeans) colonized them? What happened to the natives of America when we settled there with our guns? We arbitrarily exterminated them and didn't stop until it was far too late. At the time it was natural to do so. This was a stage of the development of Homo Sapiens that we hope we have left behind. How do we know that the race we are just about to contact has also gone past this stage? They could, just like we did, decide it was right to come over here and claim our planet as their own.

We did it in the name of religion: the pagan aborigines were declared by the Church as "unholy" and therefore felt it morally necessary to wipe them out. We have no way of telling how an alien species would react upon learning of our existence. If they also have the concept of religion, then we might be unholy to them. How can we know what their reaction to us will be? Given all these risks, the fear and warmongering amongst our own ranks could surprise us, especially as we're not free of religion ourselves!

Making war on them is hopefully not on our agenda. But our own safety is. Although we may know that we will not start a war, we still do not know what they will do. If we communicate with them honesty, they will immediately know where we are and may sent that single missile that spells annihilation for us. I think it is very likely that for quite a long time all we will do is observe them assuming we can do so safely. We could do so whilst constructing probes or equipment that we might use to communicate with them. We might decide it's simply not safe to contact them until we are in a much stronger position. We might want to hide our location by sending probes a very long way round so it looks as if they come from a different solar system. If we could maintain a military upper hand, we definitely would, just to ensure our own safety.

The one thing we would not know is... are they also observing us? They could have known about us for longer than we know about them. The questions and suspicions could be endless. We allow Carl Sagan to conclude this discussion with a hopeful note:

“It is more likely that the mere fact they have survived so long means that they have learned to live with themselves and others. Perhaps our fears about extraterrestrial contact are merely a projection of our own backwardness, an expression of our guilty conscience about our past history: the ravages that have been visited on civilizations only slightly more backward than we. [...] A very different kind of contact [other than war] is much more likely [...] in which we receive a rich, complex message, probably by radio.”